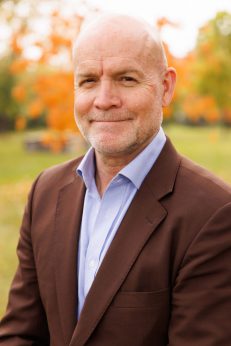 In January 1997, Dr. Morrow started in private practice and opened a clinic in Edmonton, AB which he successfully grew through satisfied patient’s referrals.  During this time he also practiced on a part-time basis in Vegreville, AB.  In December 1999, he returned to Winnipeg and purchased Broadway Chiropractic and Health Centre where he gained the reputation of a caring practitioner with keen diagnostic abilities.

Dr. Morrow subsequently gained certification in Acupuncture. This enhanced his already extensive training in the areas of neuro-muscle skeletal diagnosis and treatment.

Drawing from the knowledge and business expertise from having previously owned a custom building business (1986-1992), Dr. Morrow built a new clinic which is now situated at the old Broadway Chiropractic site.  With practitioners in the fields of naturopathy, chiropractic, massage therapy and podiatry joining the practice, The Centre for Natural Pain Solutions opened its doors in April of 2009.  Patients now enjoy easy access to natural treatment protocols unique to this new clinic.